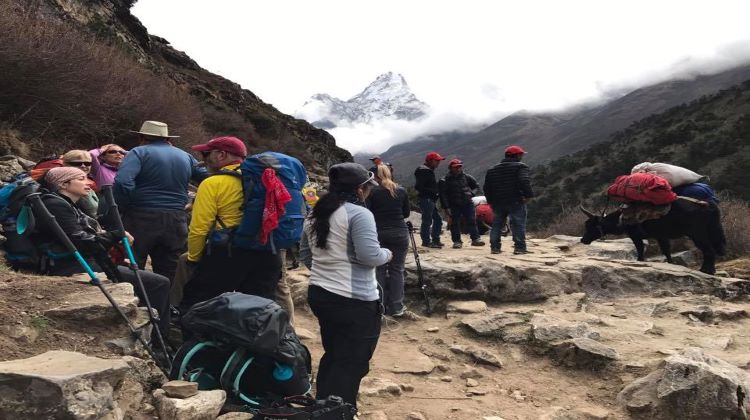 The Everest Base Camp Trek is a challenging trek that takes hikers through the beautiful and rugged landscape of the Himalayas. The trek typically takes about 2  weeks to complete and involves hiking at high altitudes, which can be difficult for some people. The highest point on the trek is at Kala Patthar, which stands at an altitude of 5,545 meters (18,192 feet). This altitude can cause altitude sickness in some people, so it’s important to acclimatize properly and take the necessary precautions.

The Everest Base Camp trek is an amazing way to explore the region that houses the world’s peak. This trek takes you to many destinations around the Khumbu region of northern Nepal. The trek allows you to experience the Everest region’s landscapes, wildlife, and Sherpa settlements.

The Everest region is famous for its rare wildlife and also has a protected area. The protected area is called Sagarmatha National Park. The park houses a myriad of plants and animal species, along with some are ones.

Trekking to Everest Base camp is also a great activity to get amazing vistas. The road of the trek shows you amazing views of Everest, Lhotse, Ama Dablam, etc. You also get to see the mesmerizing Khumbu Glacier on this trek.

Such a trip sounds quite exciting, but it does not come easy. The route towards Everest Base Camp is not a piece of cake. You need to first land at the notorious airport of Lukla. Then you ought to pass through long routes along locations like Naamche – Tengboche -Dingboche -Lobuche. You will have to move upward to very high altitude places, which will be very tiring and dangerous. If you do not come prepared dangers of the EBC trek could be endless.

Here, we will guide you with the Everest Base camp trek difficulty in order to help you mitigate its dangers.

The Everest Base Camp trekking trail takes you around the world’s peak of Everest. Not only Everest but any mountainous region is known for being cold. Moreover, the higher the altitude, the colder weather you will face. The weather worsens in the trek’s upper part, at the Base Camp or at the Kala Patthar viewpoint.

High altitudes have very erratic weather; they receive snowfall and storms almost every time. So, worries about getting frostbite and hypothermia are common.

Hypothermia is a condition that occurs when someone receives less body heat than they lose. Such heat exchange causes a significant temperature drop in the body. Symptoms of hypothermia consist of shivering, memory loss, fumbling, confusion, etc. Hypothermia could develop due to a lot of other pre-existing difficulties. Some of them could include hunger, dehydration, exhaustion, inadequate clothes, etc.

Frostbite, on the other hand, is a less frequent Everest Base Camp trek difficulty. Frostbites happen when exposure to a very cold temperature attacks tissues and skin. They occur in externally exposed body parts like the chin, ear, nose, fingers, or toes. You could lose such organs if you get frostbite. In the Everest expedition and other mountain climbs, frostbites are very common.

But since the Everest Base Camp trek occurs in significantly lower areas, they aren’t as cold. So frostbites need to be cautioned, but they do not happen every other day.

The Nepali trekking region is packed with tourists in certain seasons and barren in other seasons. This is because a seasonal window allows for the best trek in Nepal. These seasonal windows are determined by weather and climate based on the time of the year. There also lies such a trekking window for the Everest Base Camp trek. The best time to trek the Everest Base Camp, based on weather and climate, is during spring or autumn.

The spring and autumn seasons are the best seasons for Everest Best camp treks are due to their temperate weather. These seasons also do not bring rainfalls or snowfalls, resulting in a dry trekking trail. A dry trekking trail makes your journey easy and prevents accidents and falls. Moreover, the spring and autumn seasons give you clear blue skies. So, the views of the mountains, springs, glaciers, rivers, etc., on the journey become more enchanting.

Winter and monsoon seasons, on the other hand, are the exact opposite of spring and autumn. Monsoon rain and winter’s snowfall make the trekking route very harsh. The road could get slippery and cause accidents. You need to manage excessive precautionary gear and tools for such weather.

Winter’s freezing weather in the Khumbu region also should not be taken lightly. The winter cold could cause hypothermia and trigger other health issues.

Hence, Everest Base Camp trek difficulty could be easily mitigated if planned in the proper season.

We have already elaborated on why doing the Everest Base Camp trek off-season brings difficulty. But the peak trekking season is also not completely hassle-free. The peak trekking season causes a spike of trekkers in the Everest region trails. Trekkers literally crowd the trekking trails of the Everest Base Camp region. An environment full of trekkers could be a good chance to socialize. But for accommodation facilities and a quality trekking experience, crowds are red flags.

The high number of trekkers makes it difficult to get your hands on trekking tools. You will not easily get accommodations or flight tickets. The crowded route makes the trek less joyous and irritating.

You could somehow mitigate these issues by acting more quickly. Booking for flights and lodges earlier could save you. You could also sleep on the tea house communal dining space’s floor if you have no option.

Altitude sickness is a health hazard when you gain a lot of altitude at once. You will likely suffer when trekking in high-altitude places like the Everest region. Trekking the Everest Base Camp region will likely expose you to low levels of altitude sickness. These are called Acute Mountain Sickness (AMS) and show generic symptoms. AMS could result in nausea, headaches, vomiting, nosebleeds, etc.

It would be best if you mitigated symptoms of AMS by taking a rest or returning to a lower altitude. Acclimatization days are usually separated when doing high-altitude treks, which will be helpful. Once symptoms of AMS subdue, you can continue with the trek.

However, neglecting AMS symptoms could cause worse altitude sickness like HAPE or HACE. These altitude sicknesses affect you mentally and neurologically too. You get severe headaches, ice-cold skin, hallucinations, loss of vision, and much worse issues.

Illness of HAPE and HACE are much more serious than AMS and occur in the higher mountain regions. HAPE and HACE occur when excess fluid secrets in the lungs and brain. Such severe illness can end up causing people to lapse into a coma or even die.

If you are not used to prolonged hikes, you will probably get minor injuries during a long trek. Injuries like sprains, strains, or blisters are common when you do the Everest Base Camp trek. Sprains refer to torn ligaments, strains refer to torn muscles, and blisters are the formation of bumps on the skin. They occur when you put a lot of strain on your body, particularly the legs, during treks.

If these injuries are severe, you need to rest until they heal. You can also prevent such injuries by taking slow and cautious walks. Injuries often occur due to the haphazardous activities of the victims. So caution could save you from this Everest Base Camp trek difficulty.

The oxygen saturation in air drops low as you move higher in altitude. Oxygen deficiency is a major problem while doing mountain climbing expeditions. Most mountain climbs, especially the eight-thousanders, need you to carry supplemental oxygen. Without an oxygen tank, you would not survive a mountain climb.

But oxygen deficiency is not a grave issue on lower trekking trails of Everest Base Camp. However, it does not mean you should ignore it. Oxygen deficiency could occur even in Base Camp treks for special needs people. If you are prone to certain conditions that could cause shortness of breath, ensure supplemental oxygen. Although the base camp routes are not very high, trekkers must trek up to above 4000 meters. 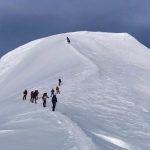 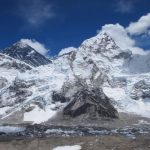 Everest Base Camp Trek In March 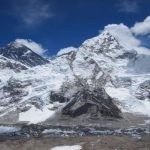 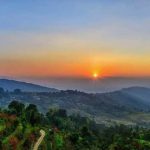 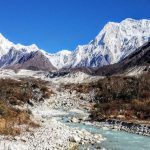 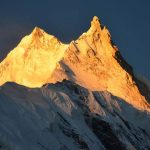 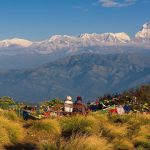 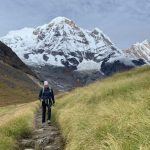 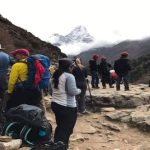