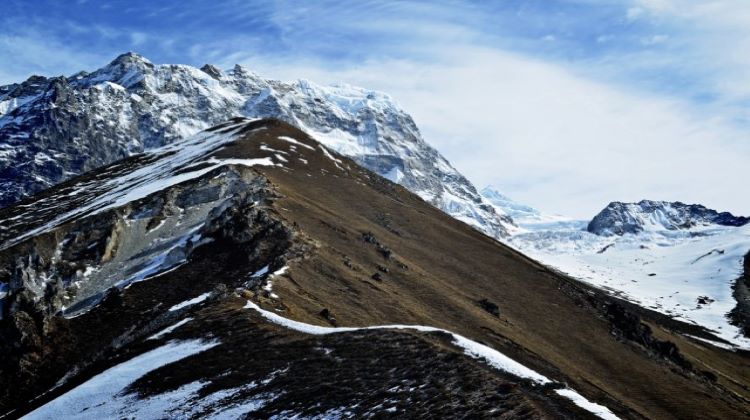 Boasting wild landscapes, medieval villages, and gorgeous valleys, Langtang looks like a fairytale neighborhood that’s nice to visit all year round. It has an impressive mix of pristine nature, rich culture, old towns, and prominent landmarks.

But, little do people know that Langtang also has one of the best hiking trails in the Himalayas, which ends at Kyanjin Ri. It’s one of the major attractions and highest points in Langtang Valley. Anything and everything about Kyanjin Ri is impeccable.

From the sleepy mountains to spectacular landscapes and sweeping hills, Kyanjin Ri has way too many layers of natural beauty to unfold. Commonly acknowledged as one of the best hikes in the north-central Himalayas, Kyanjin Ri offers a guided tour to the trekkers.

It takes them on a wild journey through age-old villages, high valleys, and sub-tropical forests habitat to numerous wild species. The hike starts in a glorious Himalayan village of Syabrubesi, which is 85.5 miles drive away from Kathmandu.

It soon takes over the steep hills and streams before making a huge drop. After a few switchbacks, the trail moves toward Lama Hotel. It runs beside the terrace farm and through the birch forests to arrive at Bamboo.

From here, it starts a higher elevation walk through the verdant meadows and dense forests. It opens up after traveling the narrow river valley at Ghoda Tabela. It leads the visitors through local teahouses and Chyamki Village, which provides a scenic view. .

The trail onward offers the travelers a fortune to explore ancient Chortens, prayer wheels, and mani walls. Waking past the water mills, the trails heads to Langtang Village, a rural community of Tamang People.

There are many established lodges and guesthouses in the Langtang Village. In addition, trekkers can discover medieval Tibetan monasteries and chortens in this small settlement. Next, it climbs up the trail and passes many small plateaus with yak pastures.

You’ll come across a series of remote settlements and steep hills, which helps to acclimatize. After a slow and steady walk across the sacred dunes of rocks and prayer wheels, you’ll arrive at Kyanjin Gompa.

It’s another iconic landmark in Langtang, which offers a stunning view of towering peaks and valleys. The village is a common stop for trekkers to have lunch and take a rest. Most trekkers climb the rugged trail of Kyanjin Ri from Kyanjin Gompa.

They stay at the settlement to relax and save energy before heading to the viewpoint. The trek to Kyanjin Ri is continuously upward and over the rocky ridges. Its narrow footpath makes spaces between rocks and boulders to get at the top.

After arriving at the crest, you’ll get a magnificent view of Makalu, Lhotse, Langtang Lirung, and Cho Oyu. It also provides you with a stunning glimpse of glacial moraines, rocky mountains, and lush hills.

After the unforgettable experience, you’ll descend the trail back to Lama Hotel and wind it up at Syarbubesi. The trek is mostly downhill and short so, it won’t be as strenuous as earlier. The walk comes with natural marvels and remote beauty all through the way.