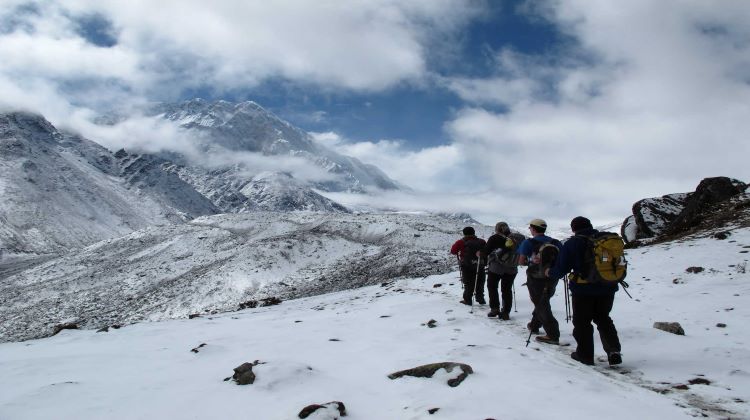 Trekking In Everest Base camp In winter might be a challenge to many but for adventure-loving trekkers, December is the most favorable time to trek Even though December marks the beginning of winter in Nepal, the weather around the EBC Trek is the most predictable and suitable.

December is considered to be the driest month of the year in the Himalayan reason, meaning there are very less chances of rainfall during this month. The temperature during the day is perfect for trekking and hiking but nights can get really cold.

Temperature/ weather of EBC during December

There are four types of seasons in Nepal i.e. spring, summer, autumn, and winter. The peak timing to
trek around EBC is usually spring or autumn so many fear that visiting during December the weather
might not be favorable but that’s not true.

December is the time of the year when the EBC region receives the most sunlight. But keep in mind that daylight is the shortest during winter. During this time, the weather condition is simply perfect for adventure lovers and trekkers. Though it might get foggy in the lower region, the climate is clear and we can get a spectacular view of the gigantic snow-capped mountains from the upper region.

Assets of visiting Everest base camp during December

As December is off-season for trekking the Everest base camp, we can expect fewer trekkers and
travelers during this time. Usually, during the peak trekking season, Everest base camp is overcrowded
making it quite hard for travelers who prefer a peaceful environment so December is the perfect time
for peaceful travel. During December the less crowded trails also allow us to enjoy the natural scene and
local culture more efficiently.

It’s a known fact that nobody likes to trek when it’s raining. Similarly, the rain pattern is very hard to
track in the Himalayan region. It can rain anytime. But during December, there are very less chances of
rain as the climate is very dry during this time. The weather is also very predictable. So weather is highly
supportive and favorable during December

During peak trekking season, most hotels and lodges are mostly crowded and it’s hard to find good
accommodation. But since December is off-season for trekkers, it’s easier to find proper and cheap

accommodation. Being off-season, most of the hotels provide quality services at lower prices so you can
also save some coins as well as have an adventurous tour during December.

Flights to Lukla are usually highly priced during the peak trekking season. But during December, since
there are fewer numbers of trekkers, flights to Lukla are limited and cheaper than usual. So December is
a great season to save some money on traveling and still have a wonderful EBC experience

Everybody has seen the beautiful view of the Everest base camp. Well, most of the best pictures are
taken during December since the weather is pretty clear, due to less crowd we can get a clear view of
the mountains and there is just the right amount of snow that makes everything so perfect to travel
during December

Other Recommended Trips beside EBC Trek In December

This amazing trek takes you to the beautiful Gokyo valley. Here you get to travel through on the highest
passes, Cho La Pass (5,420m). You can reach the base of Mount Everest through this path exploring the
mesmerizing Gokyo lake. This is one of the most adventurous and amazing routes to take in order to
trek Everest base camp during December

Reaching the base of the Everest base camp via helicopter is one of the best holiday packages not only in
Nepal but the entire world. You can reach the base of Everest, enjoying the beautiful aerial view of the
gorgeous mountain range within a couple of hours. 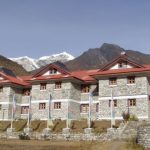 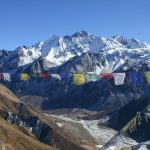 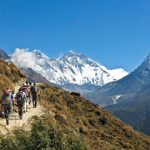 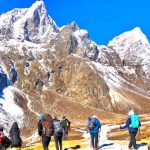 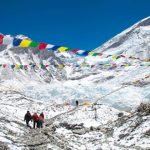 Everest Base Camp Trek in January 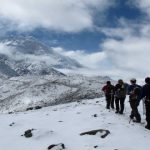 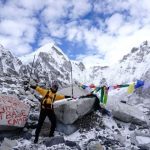